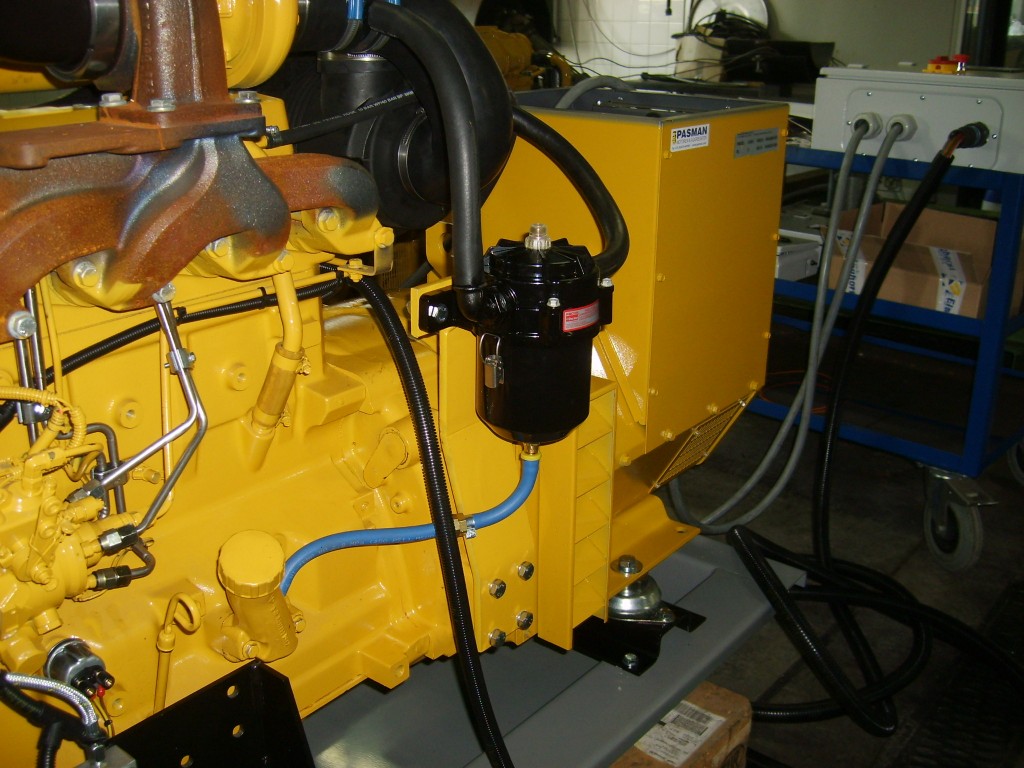 In our workshop in Baak, we can subject engines and generators to extensive tests. For the trial of engines we have a special test bench. Generator sets are checked for operation and power on a load bank. Both test installations are for personal use, but are also leased to third parties.

The test bench is mostly used to test overhauled engines before they are delivered. The test bench is also used to detect malfunctions and defects. In the test mode, we can test engines up to approximately 750 HP. That load is done by means of a water brake. The test bench is equipped with two exhaust systems, a cooling water and a fuel connection. In addition, there is a special connection for small gas engines.

During testing the following items can be measured: 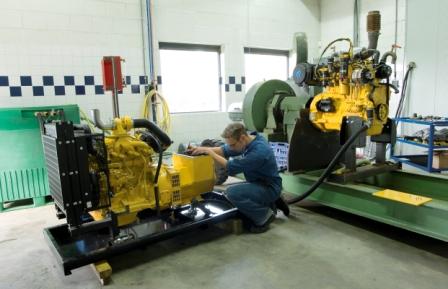 Pasman Motoren & Aggregaten has its own load bank (load resistance). The load of an electrical installation or generating set can be simulated with a load bank. This provides information about the operation and performance of the tested item.

Especially in situations where a plant is not always running at full power or just a few hours a year (backup and emergency power plants) it is useful to test for operation and performance. The data obtained can then be used to get the system fully updated by (preventive) maintenance.

The load bank can be connected to an indoor installation, while the load bank itself is outside in a sound proof cabinet.

Some of the applications: 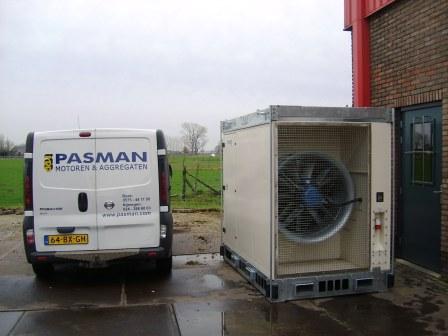 Rental
Both the test stand and the load bank can be hired by third parties. If desired, we provide technical support.